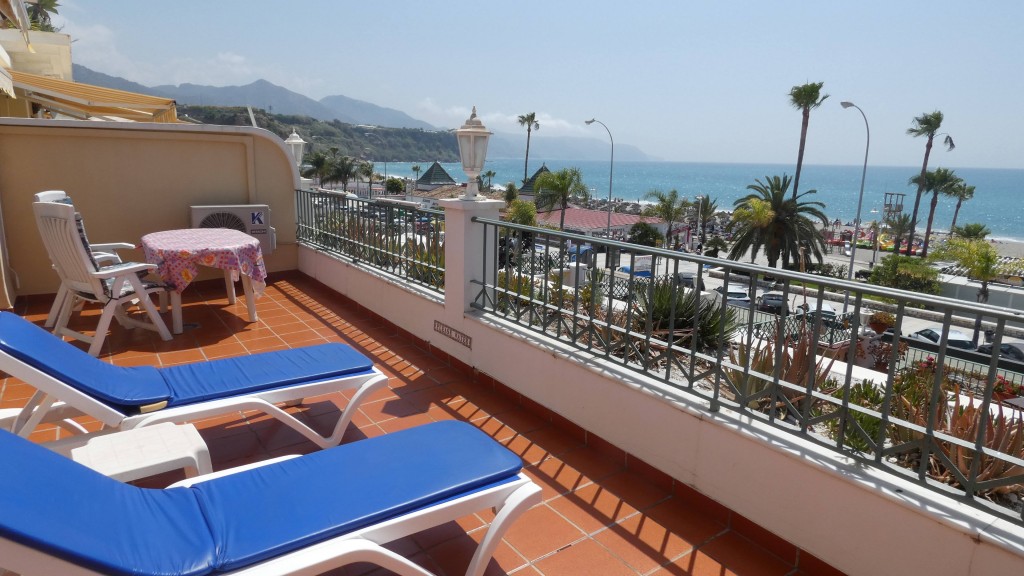 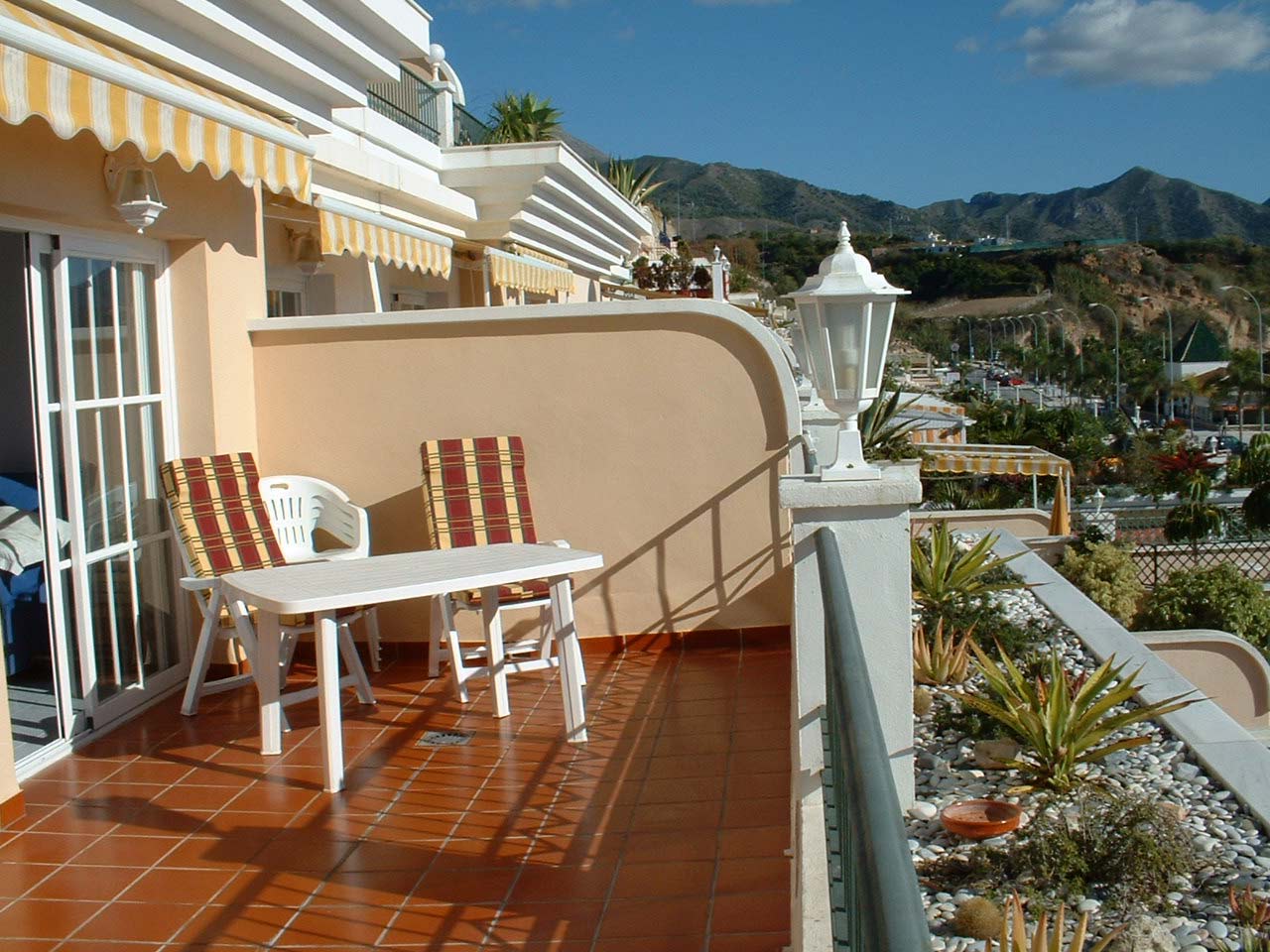 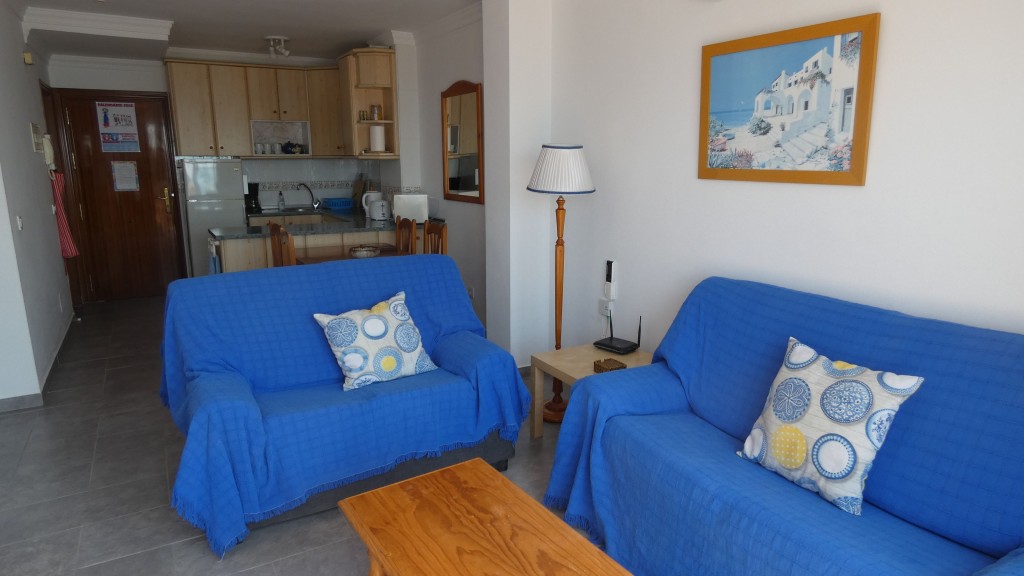 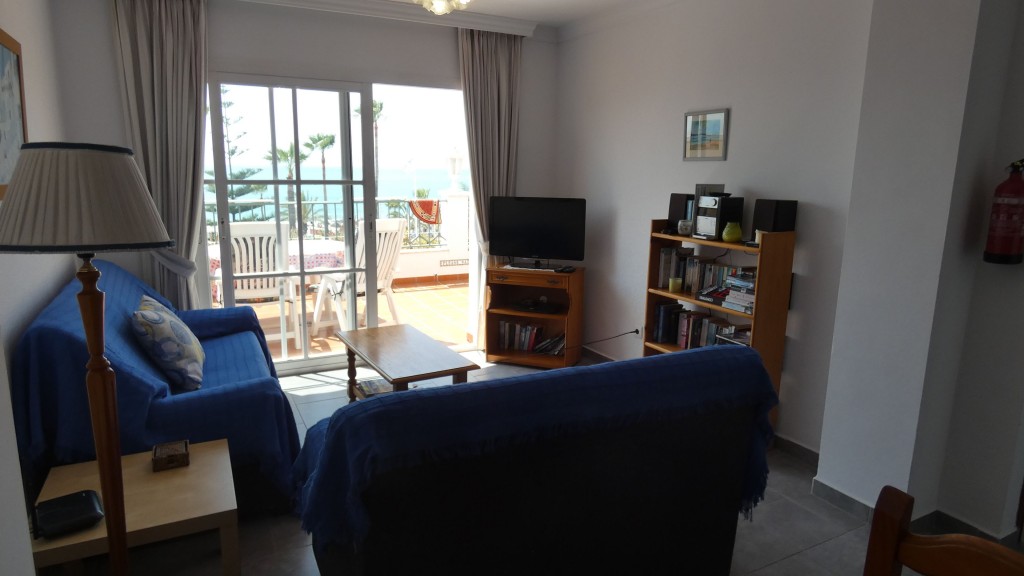 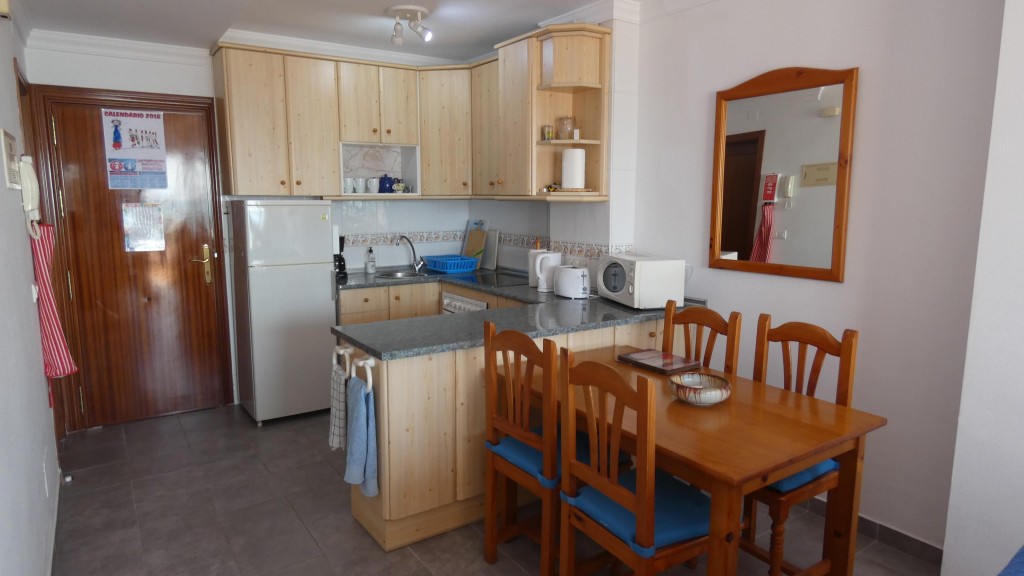 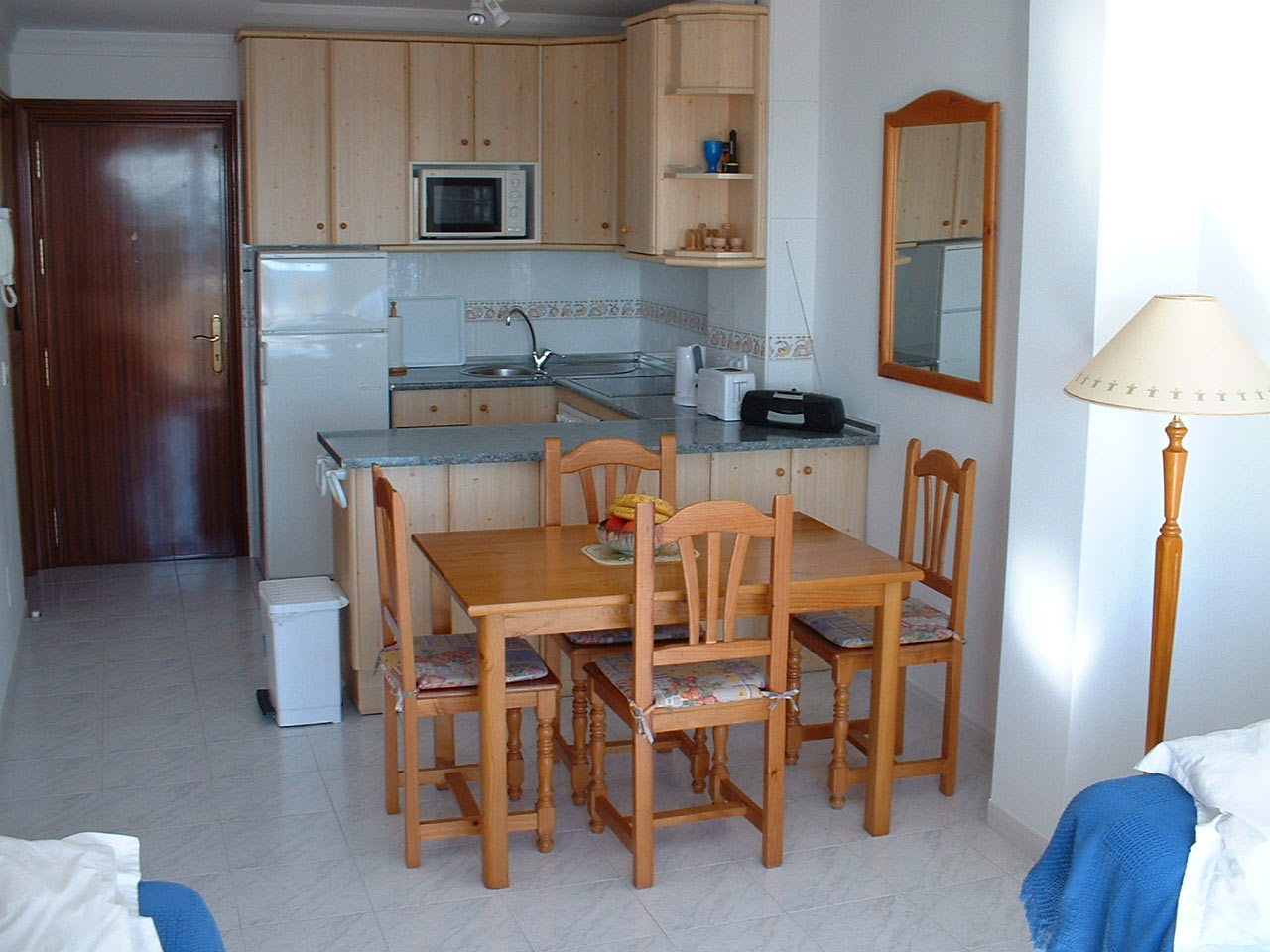 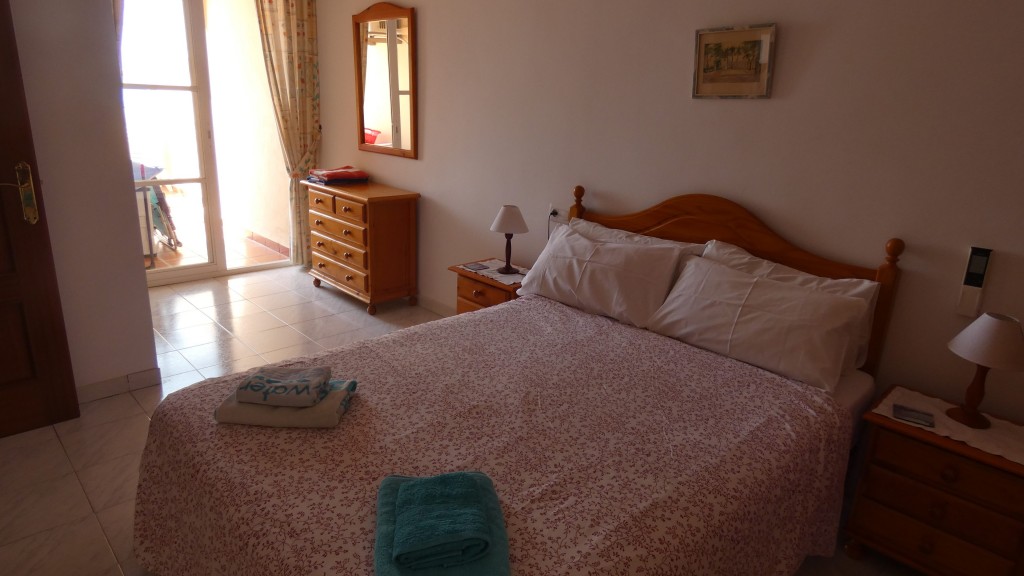 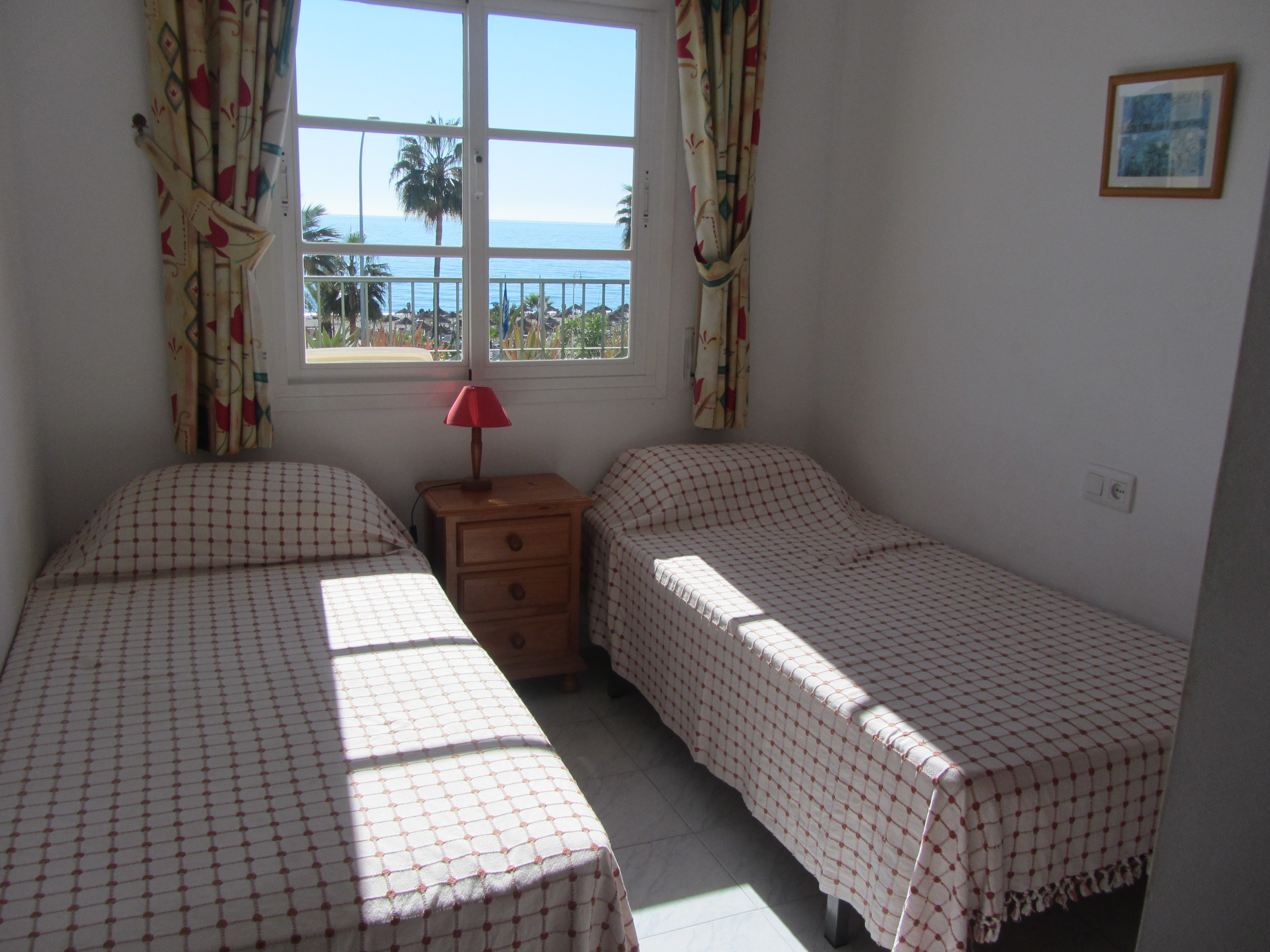 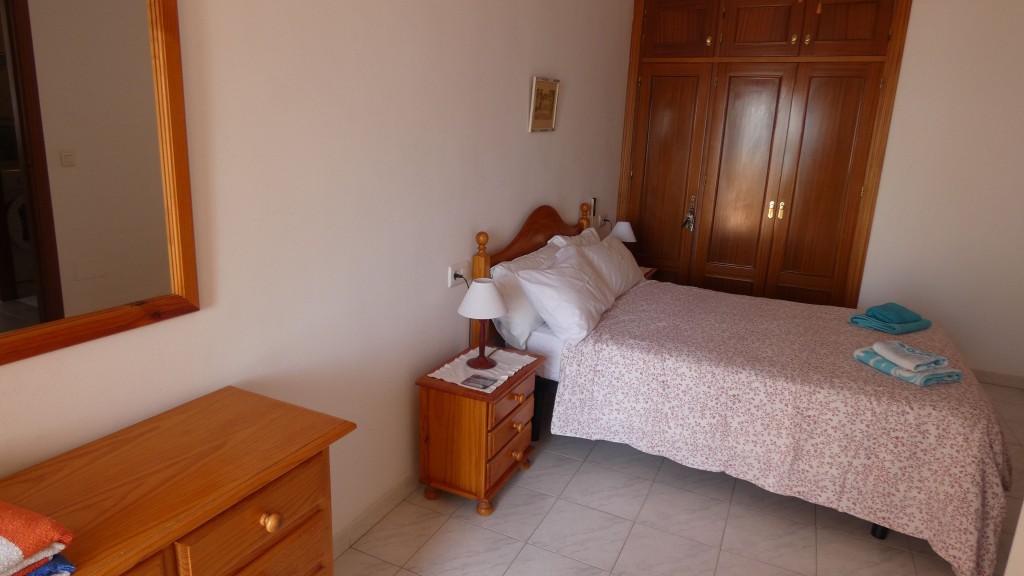 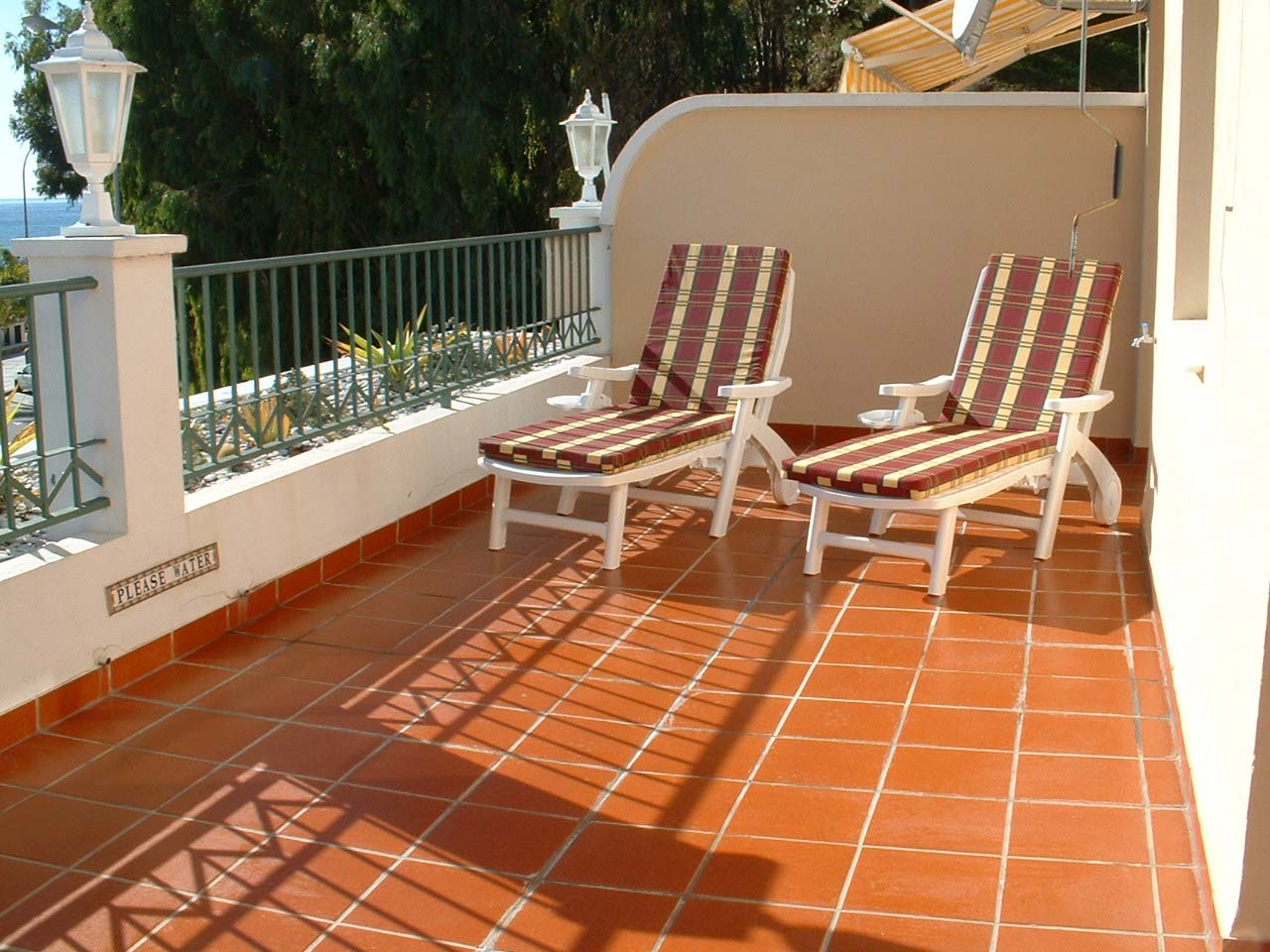 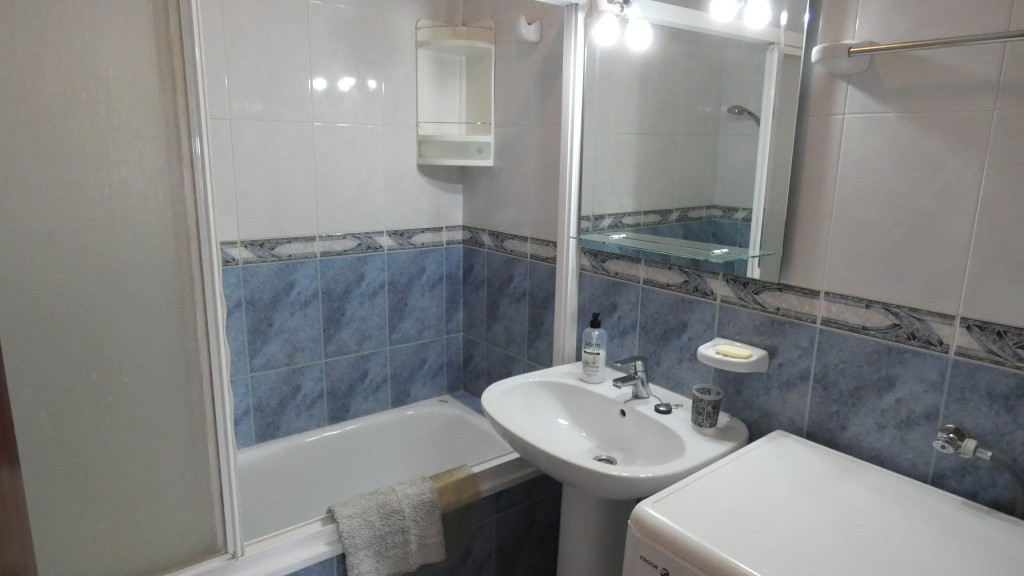 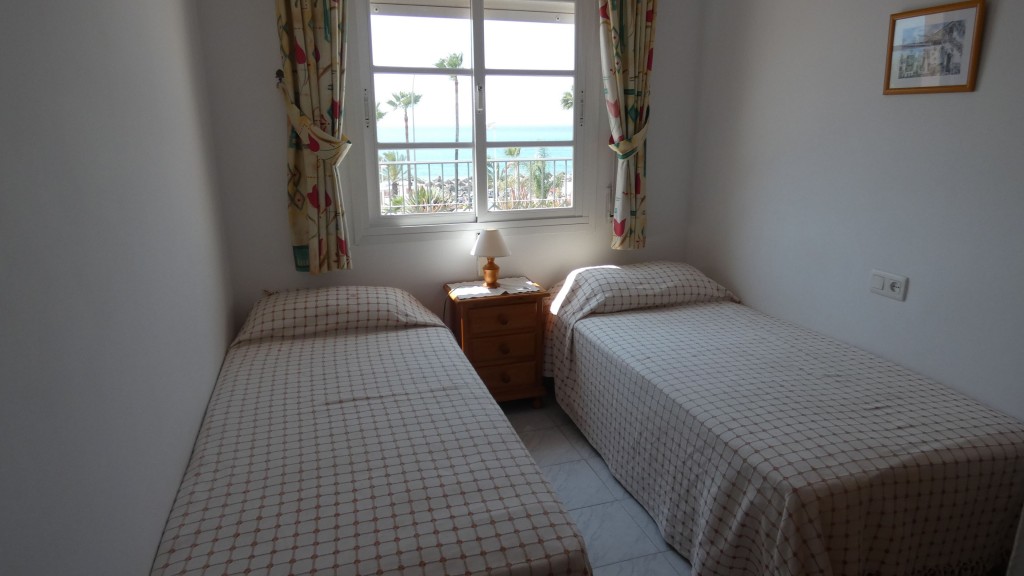 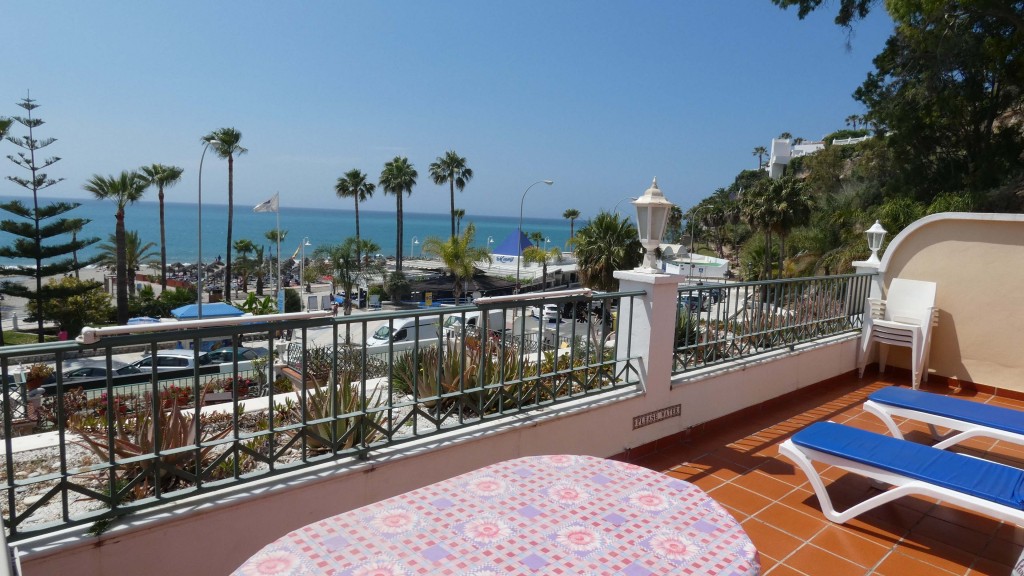 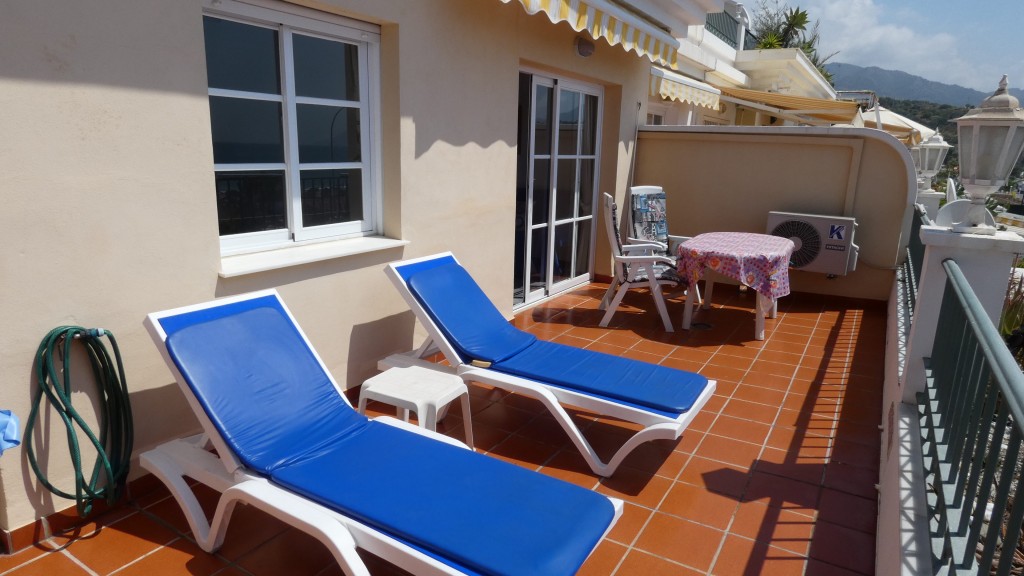 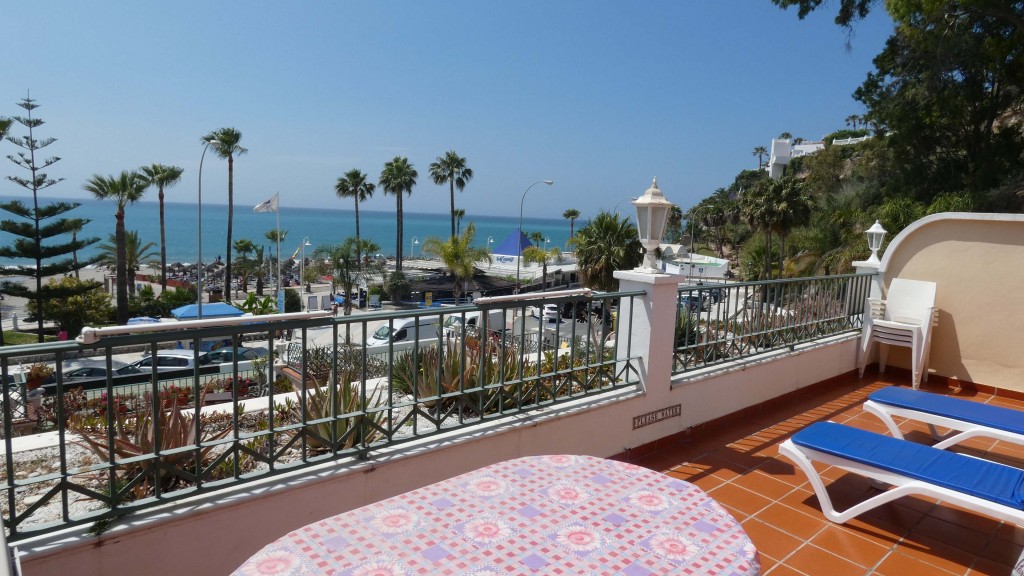 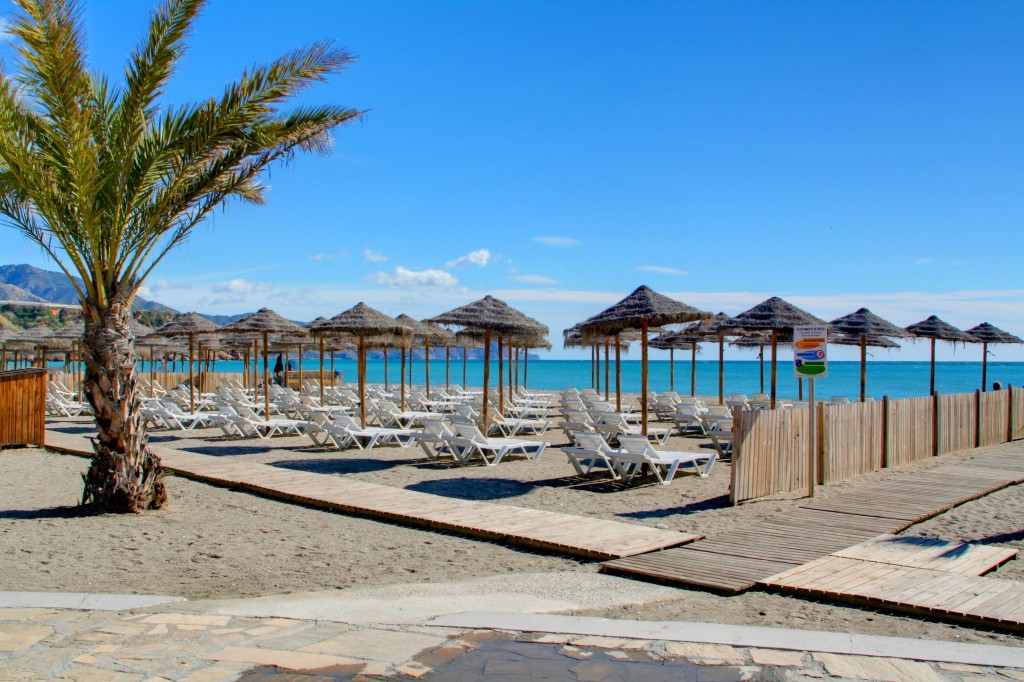 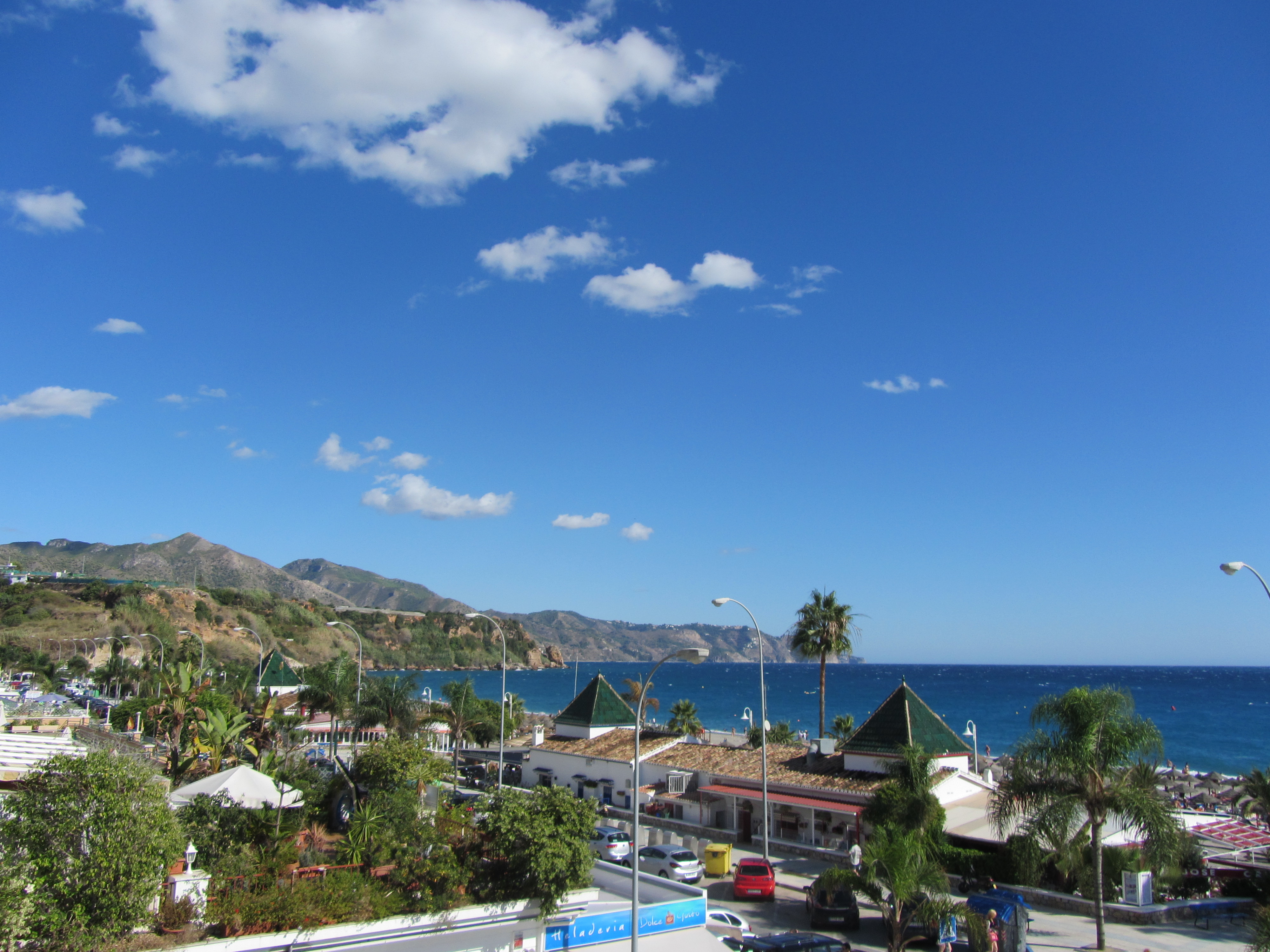 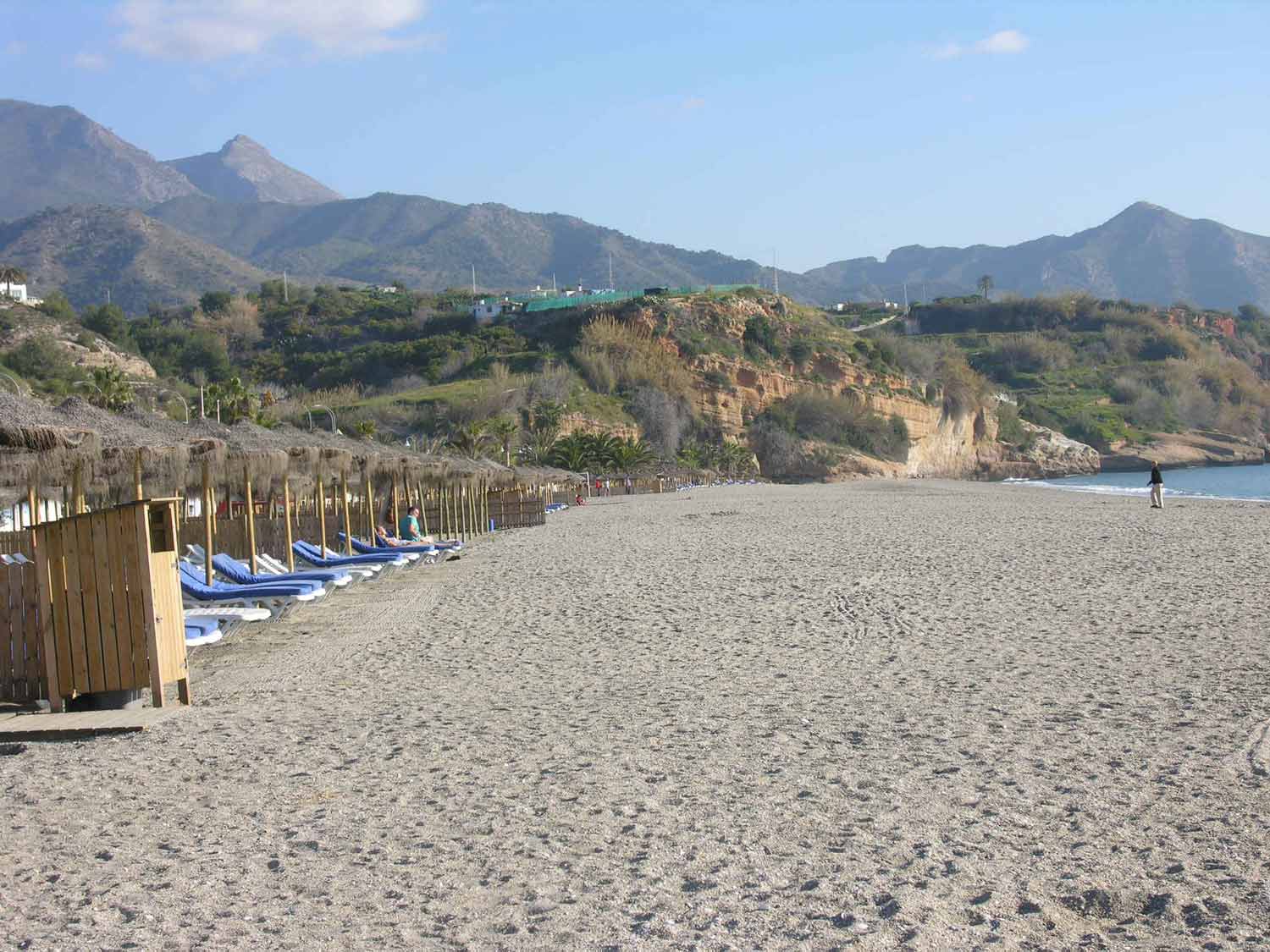 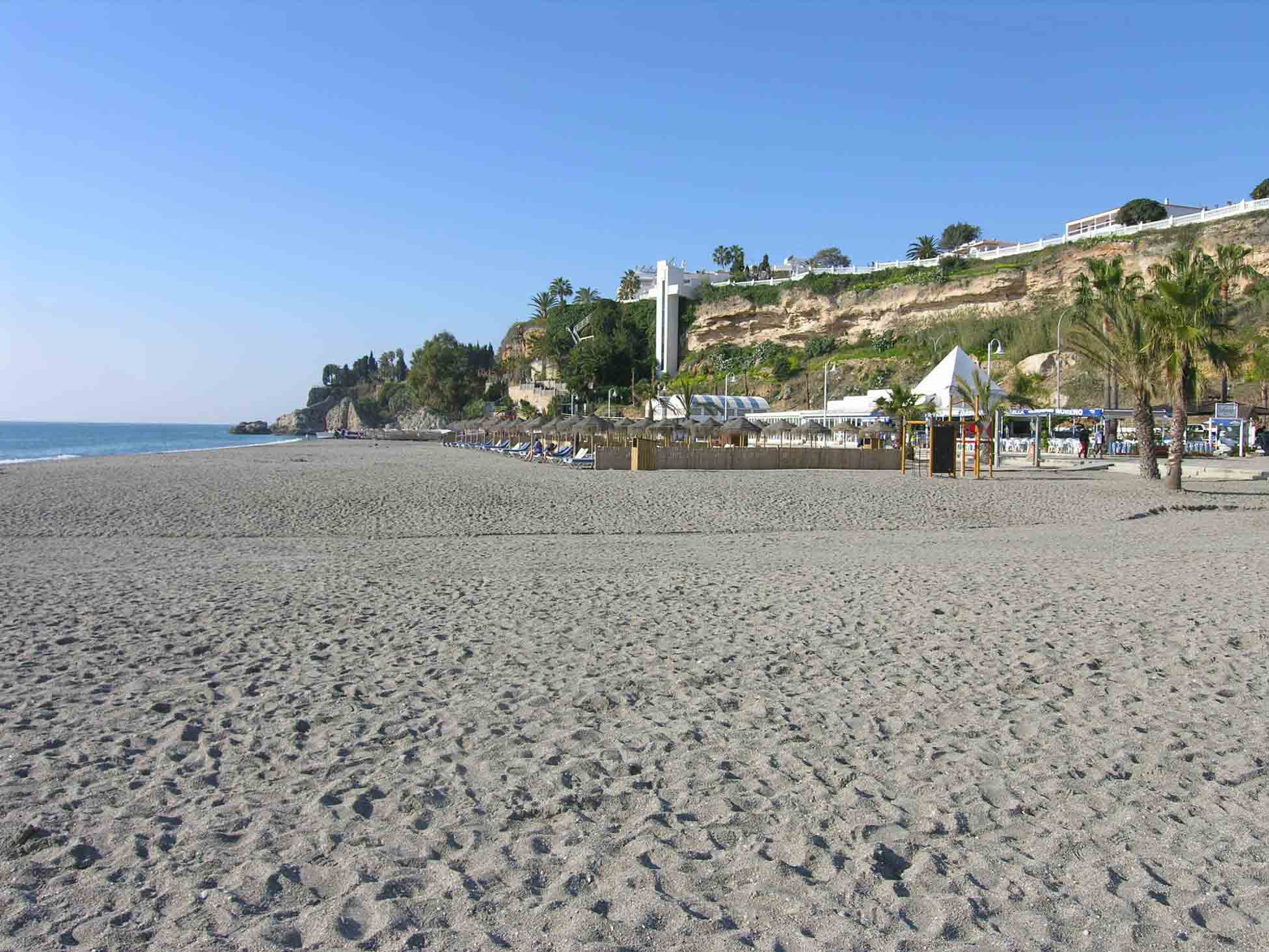 Very comfortably furnished with terrace overlooking wonderful views of the sea and mountains.The apartment consists of one double and one twin bedroom both with stunning sea views, bathroom with toilet, bath, shower and washing machine,  a further guest  WC, fully fitted kitchen with oven, hob, microwave and fridge/freezer, lounge/dining room with English Tv and DVD player, and patio doors leading onto a large furnished balcony with magnificent views of the sea and mountains. Linen and towels (except beach towels) are provided and changed weekly, and a 'welcome' pack of basic essentials greets you on your arrival. There is parking in a private garage in the basement, which is accessible directly from the apartment using the lift or stairs. An entry phone system provides both convenience and security. It has air conditioning which  can also be used in the winter for heating.Air conditioning/heating - units have been installed in both bedrooms and the living room.

Free wifi - a broadband connection has been installed

UK television - as it is no longer possible to receive UK television via satellite, we have installed an IPTV box which receives 28 UK television channels including BBC and ITV as well as 14 radio channels, via the internet.


This two bed apartment is situated in a prime location right on the Playa Burriana. Ideal for anyone who wants to enjoy the sea, sand and sports. . It stands just across a small road from the beach where there are several little restaurants and shops. The centre of Nerja is approximately one kilometre away.
REGISTRATION NUMBER: VFT/MA/02482

We had a lovely time in Nerja and would certainly consider using your company again.

We thoroughly enjoyed the holiday and everything went smoothly with the booking and helpfulness of yourselves. The apartment was good, a nice position, clean and the owner helpful.
We intend to use Gill Johnson Villas again.

We had a lovely time in Nerja and would certainly consider using your company again.

We thoroughly enjoyed the holiday and everything went smoothly with the booking and helpfulness of yourselves. The apartment was good, a nice position, clean and the owner helpful.
We intend to use Gill Johnson Villas again.